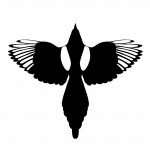 Hey there. I'm Falcon 49 and this is my profile page (you don't say!!). Well, there is not much you need to know about me: I'm just an Italian girl who loves birds and birdwatching. My English is bad (not as bad as it used to be, but still...) Ehmm... what else could I say? ... Well, here's a gallery of photos of birds I took through the years.

Retrieved from "https://allbirdsoftheworld.fandom.com/wiki/User:Falcon_49?oldid=63717"
Community content is available under CC-BY-SA unless otherwise noted.